We encountered some vents around the crater lake like people were roasting food as the smoke came billowing upwards. The wind inside the crater was hot and was very humid that staying a few minutes under the sun would have you perspire a lot. Bringing a lot of water is advisable. I had about 3.5 liters of water stashed in my waist pouch, hydration belt and back pack and everything was consumed from the time we came down to the crater up to when we started to crawl back until we reached back Taal lake.

We had to stop several times during our ascent back to the crater as the surface trail was really slippery as we tried to catch our breaths. The view above the crater lake is mesmerizing and you can just feel the tranquil scenery with large egrets swooping up and down the canyons. This place is definitely for the adventurous at heart.

This is the final part of our adventure:

At the crater's shorelines

View on the right side with some guys swimming 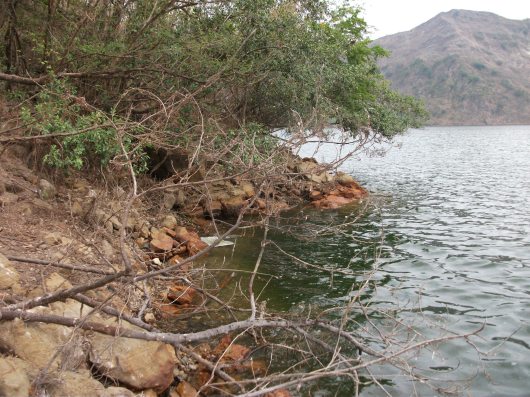 Dried up plants as an effect of El Nino

At the other side of the shoreline

Even the dog wants to get its foot wet 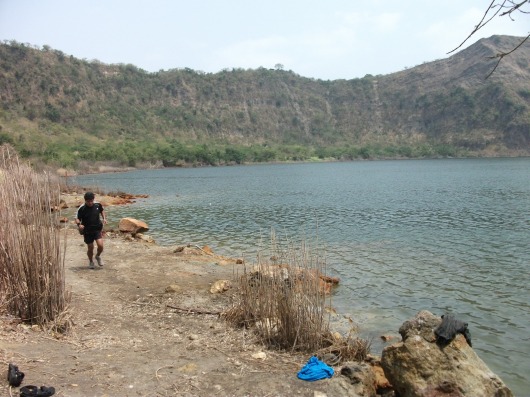 Trying to run a loop around the crater

Inching our way up back the trails 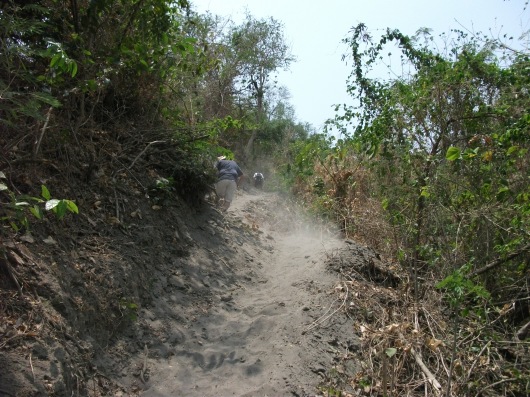 Its the dust, heat and incline that makes this trail difficult 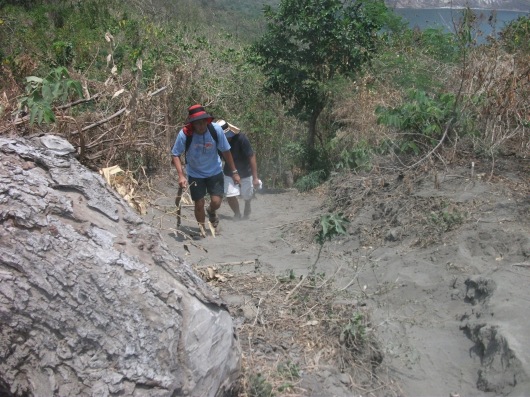 A combination of sand and lava ash surface 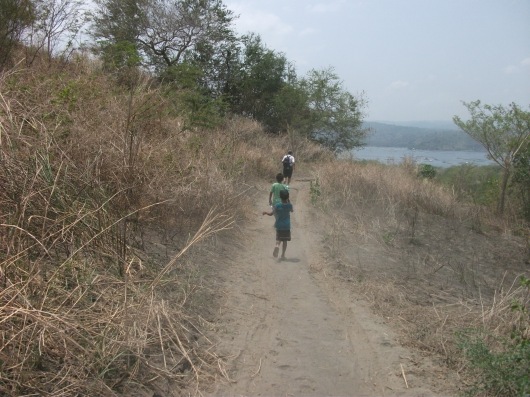 June lures the boylets (guides) back to Taal lake:-)

Visible are the fish cages at Taal Lake

June in a hurry