This is the second part of a 3-part series looking back at some of my best trail runs for 2014. The 3rd and last part will appear after 2 days. Enjoy!

The Sto. Nino trails descending to the town of Laiban have been previously used many times during Pimco’s Love A Tree race series and it’s easy to see why this route has been a staple for trail runners, specially those running Pimco’s longer distances from 21k to 50k here in Tanay, Rizal.

Being here with other trail runners in the early morning is forgetting that you’re just an hour away from Manila. The small communities that compasses the area: Baranggays Cuyambay, San Andres, Sto. Nino and Laiban gives you a lot of variety. Here you have wooded areas, single track paths, rough roads, rivers, waterfalls, meadows and wetland areas to keep you interested.

This is one of my favorite routes.  If you like discovering the undiscovered, running along a river and meandering in the heart of Tanay’s rural community, then these trails are made for you.

This is one of the roughest but most picturesque trail runs that i have ever done! It’s tough not because of the hills that were constant on the trails of Silangan in San Mateo, Rizal but more of the heat which were hovering in the mid 30s. Running in mid-day for about 6 hours certainly does not make it any easier when you’re exposed in open spaces but the overwhelming feeling of satisfaction is well worth it.

This is one of the more popular trail routes many trail running enthusiasts use on their training runs. What makes the run more worthwhile for me is running this route with my teammates (Team 90%) for the first time, given how some of them really don’t like running on trails. So we all met up one Sunday, at 4:00am at Pure Gold Supermarket and after parking our rides, we started our run towards Barangay Silangan, near Timberland Heights.

There must be something magical about running in trails that this couple, Leo and Sylvia are now drawn to it after testing the waters for the first time on the Casile to Wawa trail run previously. This time, Jun and i brought these two budding trail runners to the trails of San Andres, Tanay– parts of which was the route of the recent Pimco NDTR Trail Run.

Leo and Sylvia are no newbies to road running though, both having completed several marathons and an ultra marathon under their sleeves. Leo, at 68 is still running strong, having a best of 4:30 in the San Francisco Marathon last 2012 while Sylvia who is in her early 50’s clocks  a sub-50 min. 10k and was 1st runner-up (female division) of the Tagaytay to Nasugbu (T2N) 50k  in 5:29 also in 2012.

Both seem to enjoy the adventure, escape and the lure of the wilderness and it’s apparent when both recently shopped for trail shoes, pole sticks, dri-fit apparels, hydration back-packs, whistles and even a walkie-talkie that has a speaking range of 28 miles! Speaking of being gung ho!

This is one of the best kept secrets hidden in the hinterlands of Rodriguez (Montalban) and the trails leading to Puray Falls present one of the most scenic views, getting a close up look to nature and of the local people.

Here, we get to explore Puray Falls, with its gentle river below now accessible leading to the falls. On the paths leading to it, i love how the scenery changed constantly. It’s the changing backdrops of the mountains that constantly grabs your attention then you find yourself approaching a river or stream with towns people doing their daily routine along the banks of these rivers.

Running the trails of course, was the best part of the adventure, moderate to technical specially the very narrow ridge approach to the top of the falls itself with one misstep and you fall into a deep ravine. Most of the run is shaded with the rural, forest backdrop of the small town of Puray dominating the scenery. Lots of trees, running streams, and wild life as we had to maneuver over rocks and boulders on the way to the falls.

Returning to this place, i was pretty much awed by the landscape of lush greenery along this route, the effect of rainfalls it had over the past few days after near drought that enveloped this area a few months ago. Tanay’s vast scope of winding forests trails and it’s endless scenery of mountains and rivers can simply overwhelm as its popularity as a trail running destination has soared through the years.

I thought these photos of the trails and its surroundings may illustrate what i mean and give you a good glimpse of the 2X Solo/Buddy trail race that was forthcoming in a few weeks.

Rising above the Sierra Madre mountains, we slowly inched our way up into the hills and i soon realized that this is a trail runner’s paradise! Though we were walking those steep hills, we compensated it by blazing through on the flat and downhill portions which winded through lush greenery, macadam roads, long-winding mountain paths and hosts of wild birds and flowers.

There is a small, scattered community during our climb where people seem to be friendly to us visiting strangers that we had to stop several times and engage them in small banter.

The trails here are classic mountain trails with acres of lush green forest mountains, ridges and several kilometers of random technical trails with small streams trickling on the sides.

There are a few stores located along the route but don’t expect drinks to be ice cold as the place is devoid of any electrical power. Near the top of Mt. Balagbag is a private property where bikers and hikers usually enter to be at the mountain’s highest peak, the so called “Helipad” where you could have a 360 degree view of the mountain area.

Here are more photos from the Runnex 26th Anniversary Race last May 24, 2009:

Stretching exercises before the run

Getting ready for the start

One of the lead runners

No, that isn't Rio 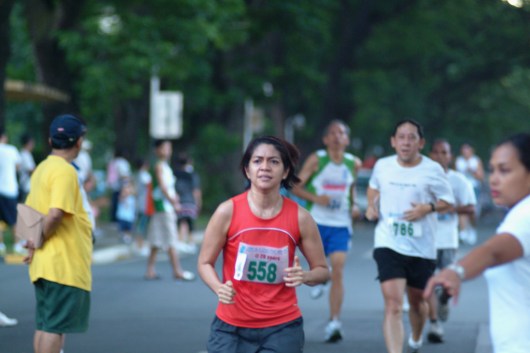 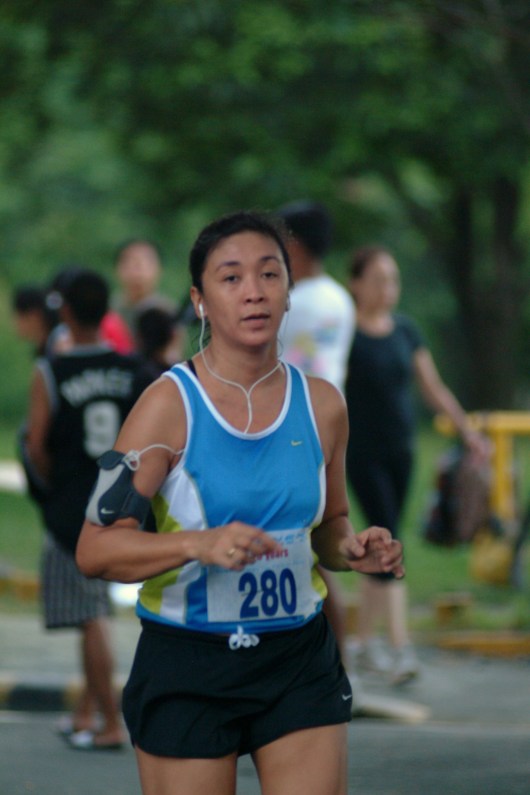 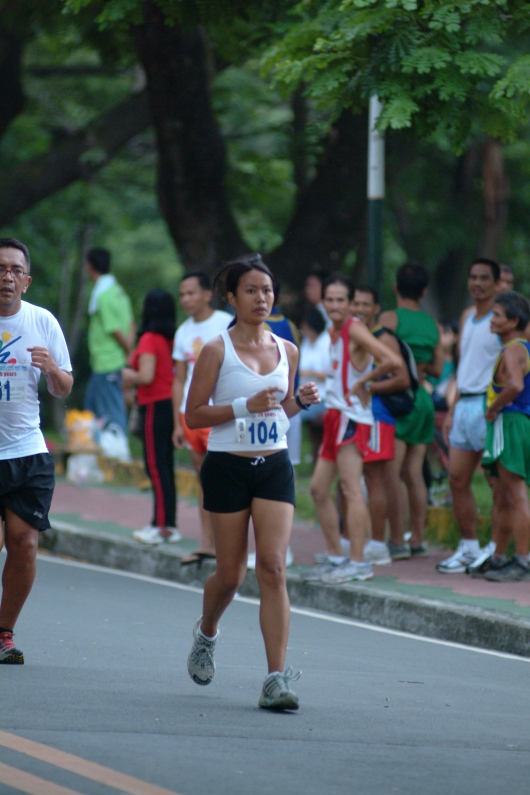 Rose, among the thorns 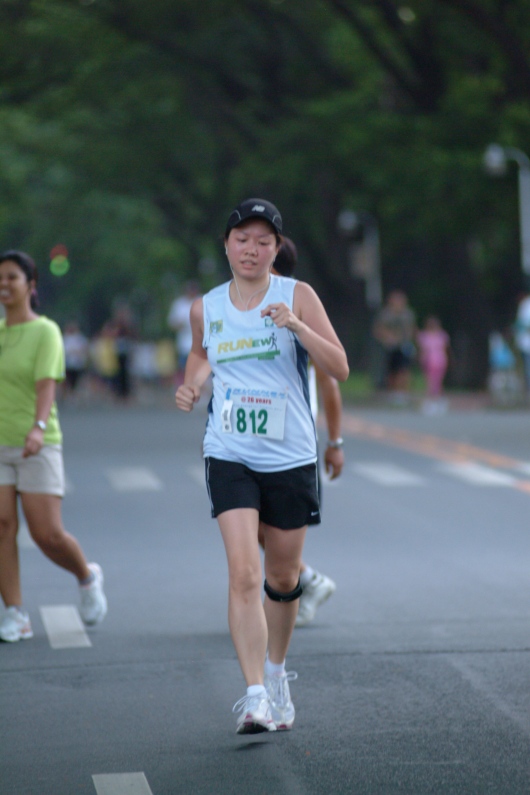 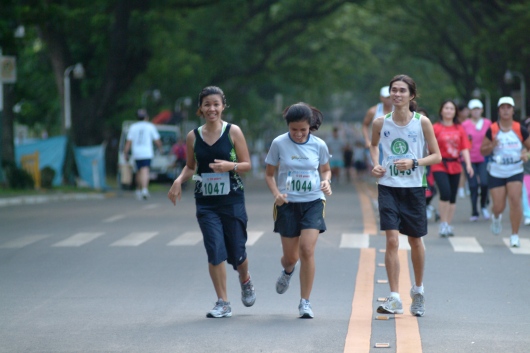 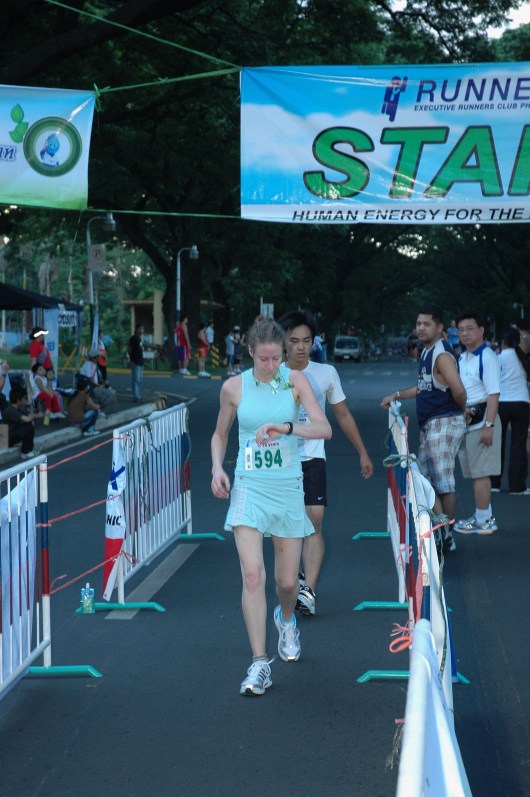 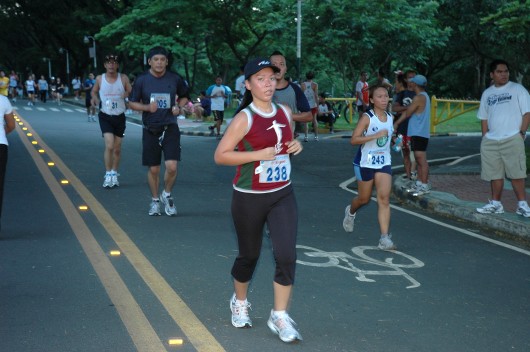 UP runner and mountaineer