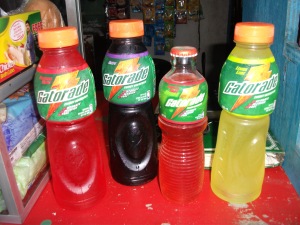 The little Gato beside his 3 big brothers

Have you tried or even seen these little suckers at your neighborhood sari-sari store? They’re  being sold at all stalls inside the Quezon Memorial Circle and it’s been out in the market for a few weeks now.

Like the pocket sized version of the Coca Cola soda, the 240 ml Gatorade is trying to compete with the low priced energy drinks like Cobra, Sting and Samurai. Although the bottle cap has a suggested retail price of P10.00,  it actually cost about P12.00-15.00 which is the same with those of the energy drinks.

I’ve tried the Fruity Punch flavor ( i thinks it’s the only one available right now) and tastes the same like its big brother. Problem is, you can’t take and hold them in your runs because of the glass bottle container which is quite heavy. 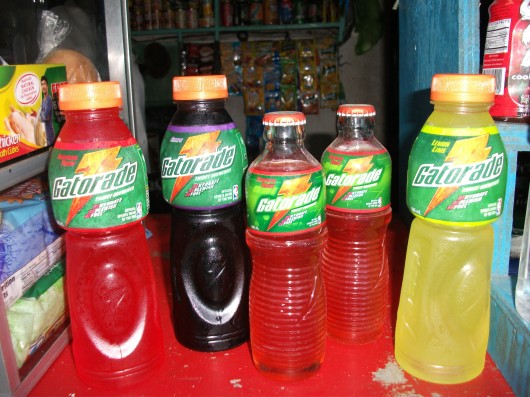 Talking about sports drinks, i still prefer Gatorade’s Tiger drink as i find it more potent and satisfying. Too bad, it too got the axe and has now been discountinued by Gatorade.