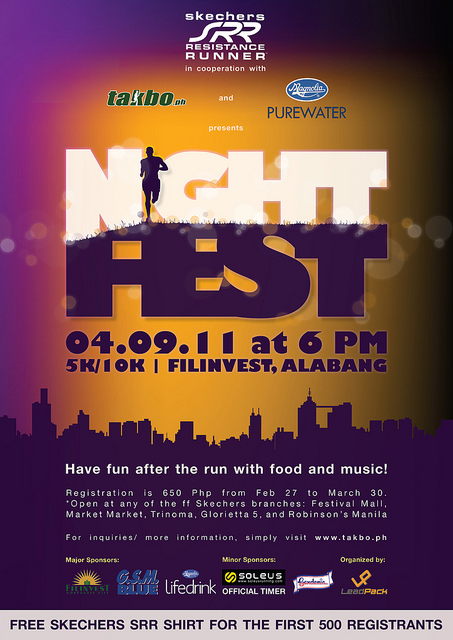 From the organizers of the highly successful Takbo.ph Runfest last July, the Grand Fiesta Run at Newport City and the San Mig Run among many others, LEADPACK is again spearheading another race dubbed as the Nightfest Run, co -sponsored by takbo.ph, Sketchers Running Shoes and magnolia Pure Water on April 09, 2011.

The race will be held at the Filinvest in Alabang, Muntinlupa City and will feature a 5k and 10k race starting at 6:00PM. Part of the proceeds will go to the Runners On A Mission (ROAM), a foundation to support disabled children or those with special needs.

The registration is limited to 2,000 participants only. I was able to attend their press launching last Monday and was pleased to know that the beneficiaries, ROAM is headed by Missionaries and runners Craig and Michelle Logan who are regulars in the running scene with their disabled child, Justin in tow on a stroller.

Here are the details of the race. Hope to see you there. 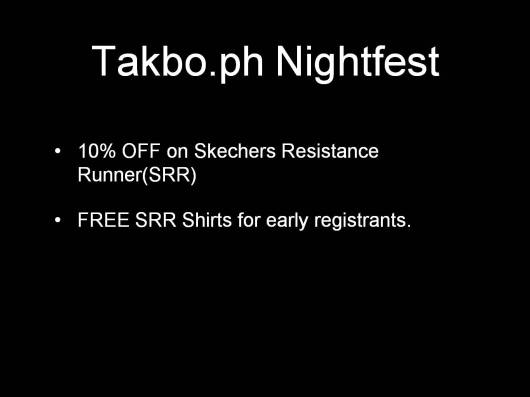 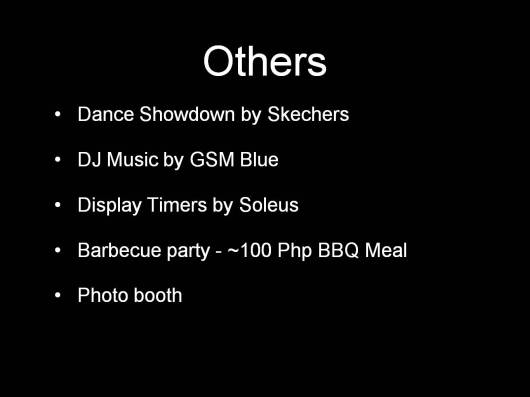 With Craig and Michelle Logan of Runners On A Mission Foundation (beneficiaries of the run), Carina and Gail

With officials of Sketchers Philippines

The Story Of Runners On A Mission (ROAM)

Craig and Michelle Logan have been serving with Arise and Shine Philippines for over 22 years.  In 2001 they adopted Justin, who has special needs.  Justin had bacterial meningitis when they got him as a baby.  The couple spent many months in the hospital that first year fighting to save Justin’s life.

Through it all, Craig and Michelle’s prayer was that Justin’s life would make a difference and fulfill the purpose that God intended for him.  After his recovery, the couple started Justin in physical and occupational therapy at home, and thus was the start of Justin’s long road to recovery.

It was while talking with the therapists during the many hours of Justin’s therapy that Craig and Michelle realized there were so many other children out there that did not have access to therapy.  There are so many needs that a special child has and this can be overwhelming for parents who may not even have enough for basic needs.

Craig and Michelle  had a desire to help other families and children with special needs but did not know how they could help since Justin’s own needs were quite overwhelming.  Over the years, Justin has been blessed by others donating standing frames, wheel chairs, braces and many other items to help with his therapy needs.

All the therapy has definitely paid off for Justin.  He may not be able to walk or talk but he has come a long way.  He loves to smile and to hug and kiss anyone who comes near.  So the question became…How can the Logan family share all the blessings they have received with others?  That’s how the idea for “Runners On A Mission” was born.

Team Logan first came on the scene in 2006.  At first the “team” consisted of Craig and Justin until Michelle was inspired to join the team and make it a family affair.  Team Logan started out just joining a few of the bigger races, not knowing of any others.  In 2008, they joined Takbo.ph and found that they could run in more races than their feet could take them!

Running had become a popular sport in the Philippines.  Team Logan’s desire has always been to inspire other families with special needs children to realize their child’s full potential.  They have met others along the way that have that same desire.  Some have even brought their children out to join races.

Along the way, Team Logan realized that it’s through their running that they can help meet the needs of other special needs children in the Philippines.  That is where “Runners On A Mission” comes in.

Team Logan/Runners On A Mission have teamed up with Dr. Francis Xavier Dimalanta, a Developmental and Behavioral Pediatrician here in the Philippines.  He is the President of Cerebral Palsy Philippines Inc. and started his own therapy center in 2003 called “A Child’s D.R.E.A.M. Foundation” in his hometown of Baguio City.

Dr. Dimalanta’s desire to help children is deep as he has spent years of his life sharing with and encouraging parents and children who are in desperate need of his help.